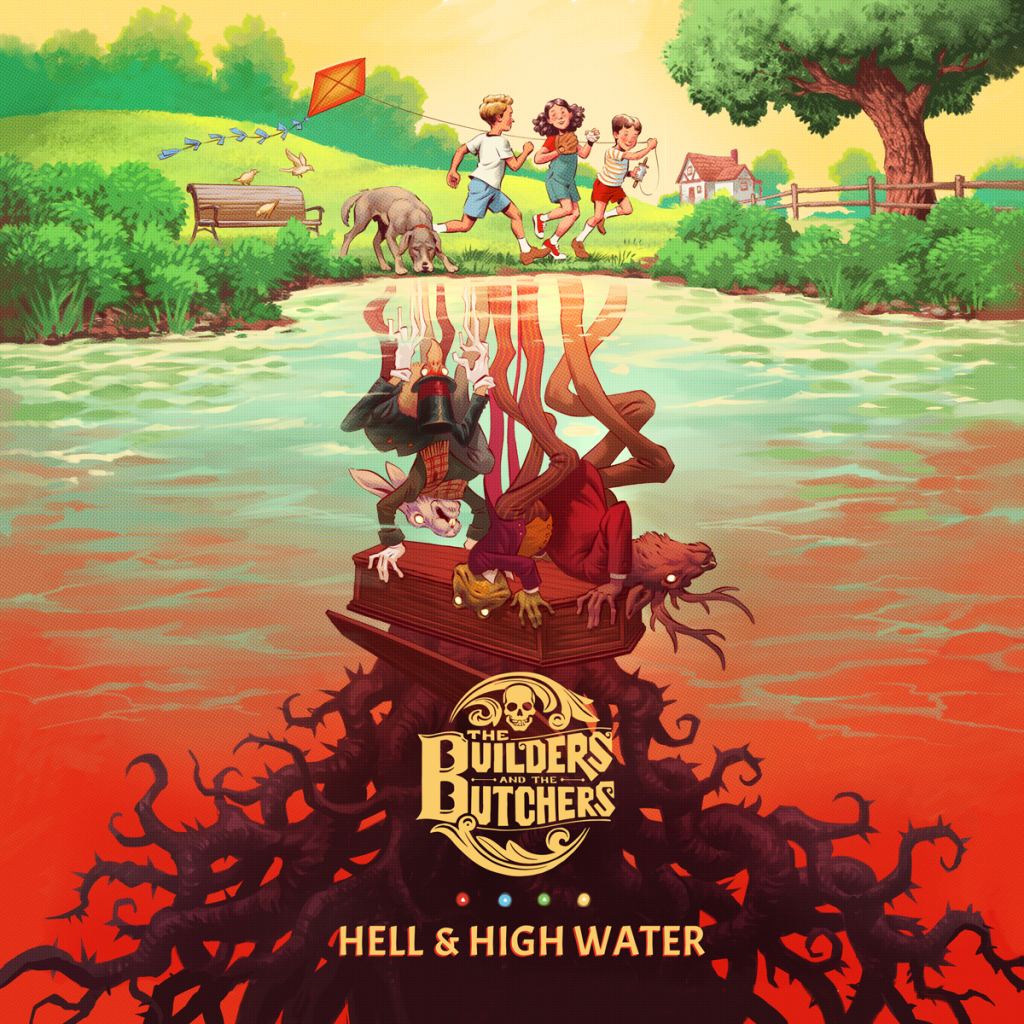 In the past few years the members of the Builders and the Butchers have laid roots all around the world, coming together for shows, writing and tours whenever we can. The members are all originally from Alaska. Justin our drummer bought a home in Colorado and makes Gin and Whiskey for a living. Willy is a captain on a ship based in Malta for the past couple of years. Harvey lives with his family in Washington state and Ryan and Ray reside in Portland, Oregon. With all of the logistics and facing a pandemic, wild fires, and massive rioting in their hometown, Hell & High Water was a challenging, yet cathartic record to make. 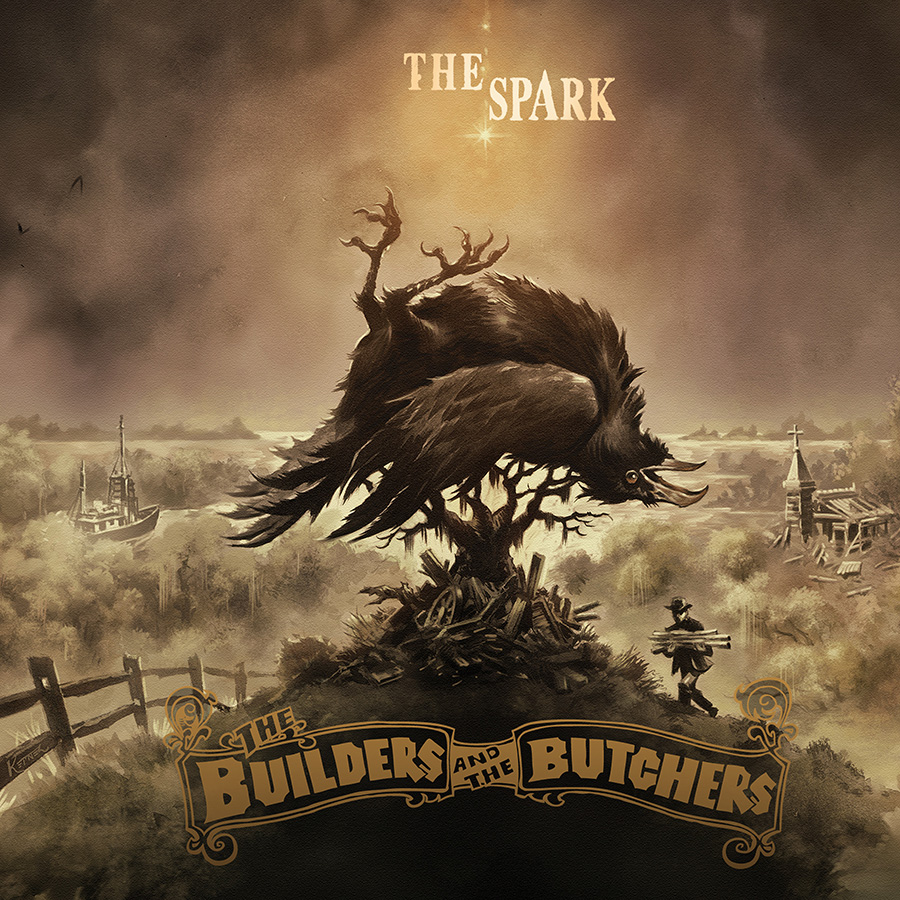 Get ready for one of our best albums yet: The Spark.

NPR says, “For more than a decade, the members of The Builders And The Butchers have specialized in a kind of white-knuckle Americana: Their acoustic folk-rock sound is shot through with nervy, hellfire-and-brimstone intensity. The Portland-born band’s hometown brethren in The Decemberists provide a useful reference point — singer Ryan Sollee has a wide-open bellow and a gift for vivid imagery — but The Builders And The Butchers’ urgent music, as heard in the new single “Casket Lands,” is far more scuffed-up and fatalistic.  On May 19, The Builders And The Butchers will return with The Spark, which carries on in the group’s tradition of tightly wound roots music that never feels tethered to a single era. Via email, Sollee writes that the record came together slowly and deliberately.” – Stephen Thompson, NPR All Songs Considered 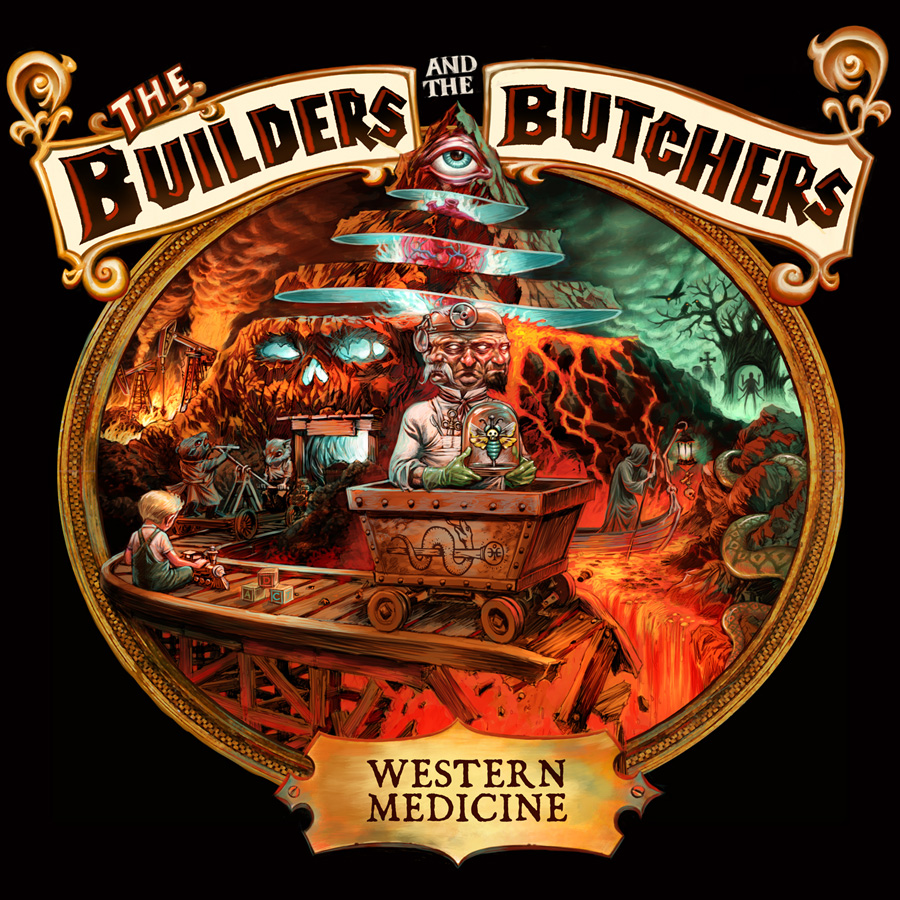 On The Builders and the Butchers’ new disc, Western Medicine, they set off to create an album that built layers around the already powerful electrified-folk sound they have honed over the years.  They spent nearly a full month in the studio with producer/engineer Dylan Magierek (STRFKR, Mark Kozelek, Lovers) to fully explore the dark and twisted terrain that became Western Medicine.  Influenced largely by the post-apocalyptic writing of Cormac McCarthy, the new album delves deep into epic sonic territory that The Builders had yet to venture. 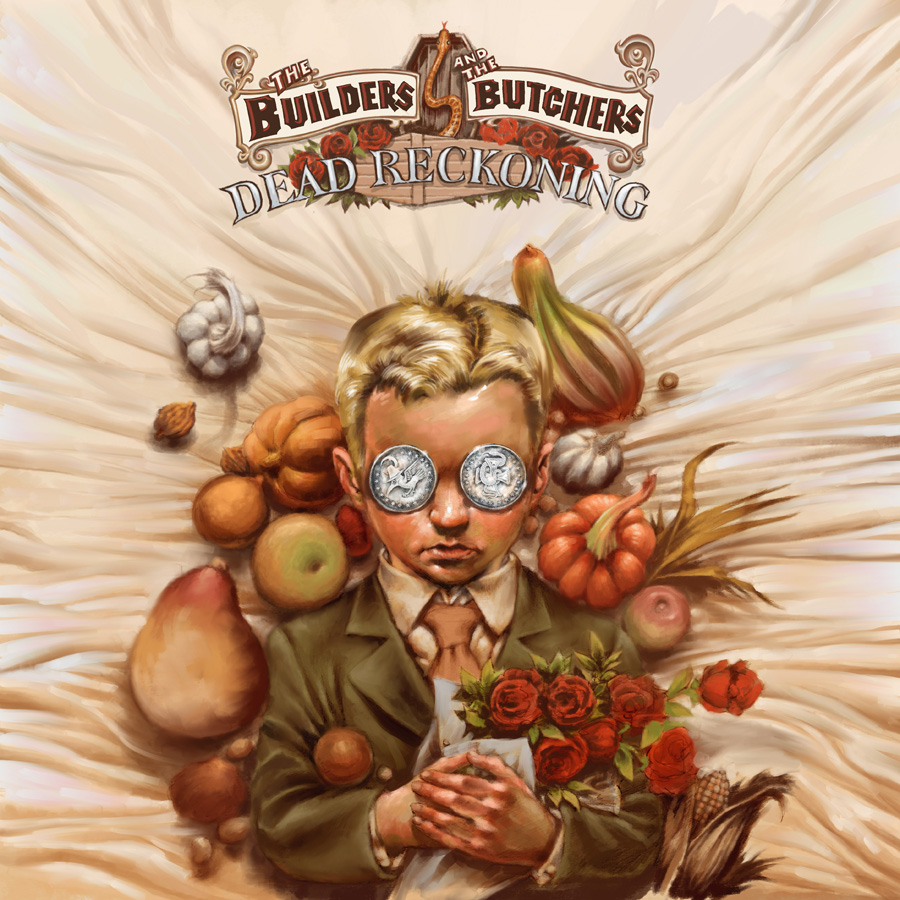 The Builders went into the studio with the idea of peeling back layers to where the essence of the song lies, and to try and finally fully encapsulate their raucous, impassioned live show. Joining up with studio mates Adam Selzer (The Decemberists, M. Ward, She & Him), and Dylan Magierek (Mark Kozelek, Starf*cker, Thao Nguyen), the band created Dead Reckoning using the recording style of the 1950s and 1960s, where the magic of a song was captured by the band playing together live with minimal overdubbing.

A dead reckoning is an age-old method of sea navigation that involves using past position, speed, and drift to calculate current and future location. Dead Reckoning, with its timeless sound, is a measure of where the band and its music, as well as these times in which we live, have been, are now, and where it all might be going. “I thought it would be a perfect title for the album given its stripped down sound, and how most of these songs tell stories, many of which are set in the past, “ says singer Ryan Sollee. 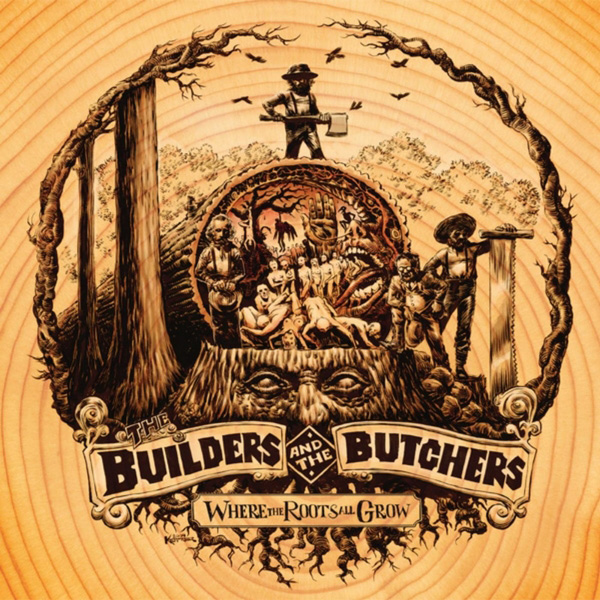 Where The Roots All Grow 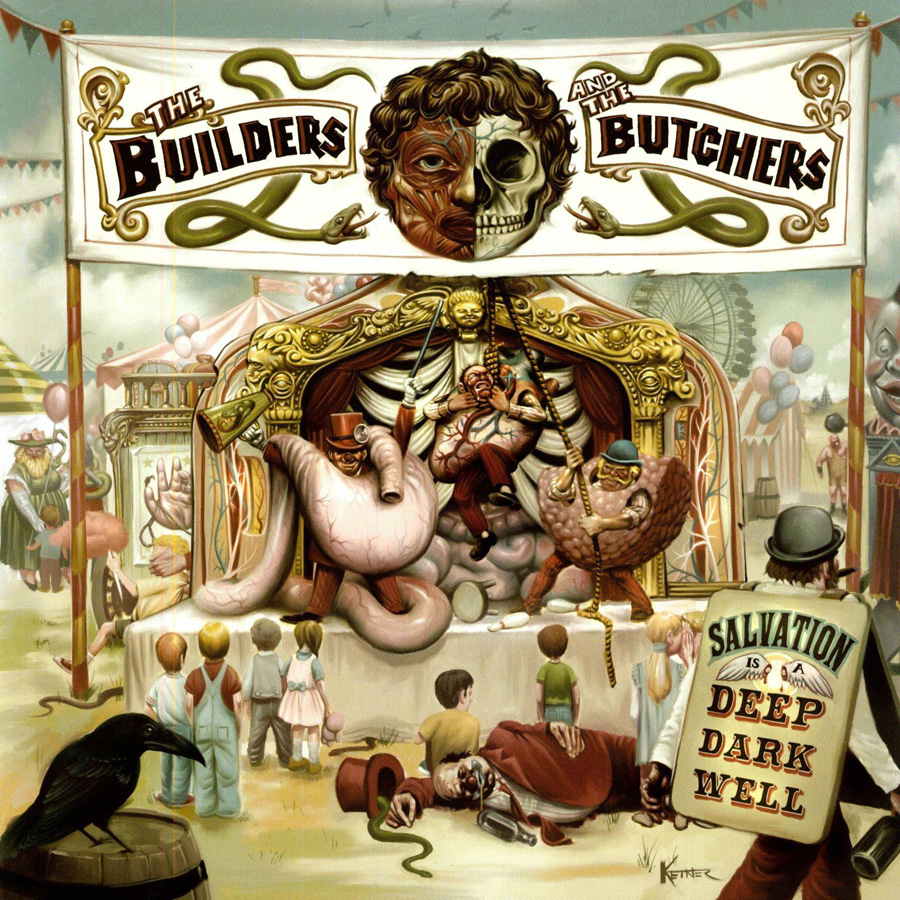 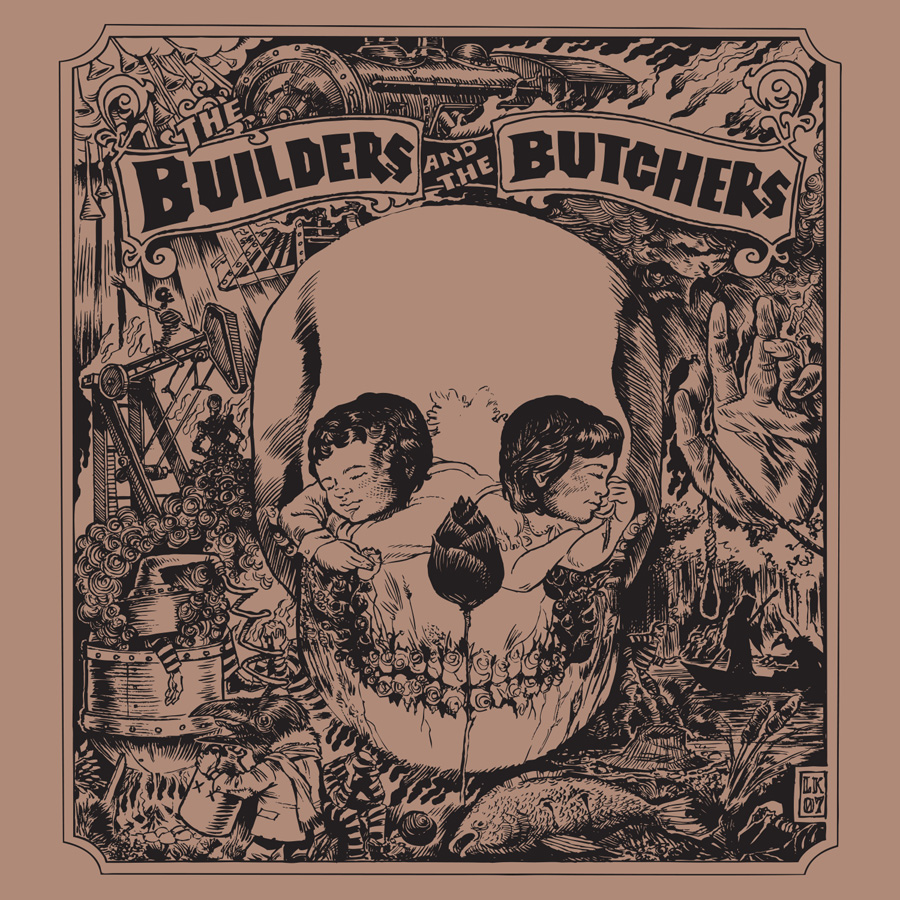 The Builders and the Butchers